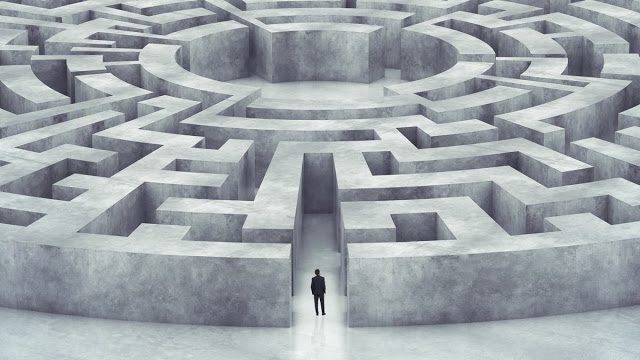 Through the labyrinth of fake profiles

Fake posts concerning death of public figures, accusations for pedophilia, sexual predation and violence against women have been spotted on a couple of Facebook profiles. All of this led us to suspect the coordinated activities.

Fake posts concerning death of public figures, accusations of pedophilia, sexual predation and violence against women have been spotted on a couple of Facebook profiles. The first source that we had access to was the account Lana Milosevic. Through the search of profile and history of posts, we came to conclusion that the profile has existed since August 2013, when the spontaneous posts were shared on it and when there was a common, organic interaction with other, real profiles.

However, during the last couple of months, the profile starts accusing the public figures of pedophilia, sexual assaults, and violence against women in its posts. So, Lana Milosevic accuses the editor of the portal IN4S, Gojko Raicevic, for pedophilia as well as the columnist of the same portal, Vojin Grubac. The same profile posted a piece of news that the Minister of Education, Damir Sehovic, passed away on October 11. In numerous comments under the posts, we see that the targeted people or their acquaintances react to these posts themselves.

Besides, the comments and verification of usernames in web addresses of the profile reveal that this profile previously used the name Melanija Beckovic. At one point, the profile was misleading the public by stealing the identity, or, using the photos which belong to a model and fashion blogger, Natalie Suarez, as we found out using Google search. When we reviewed the earlier communication, we found a similar name – Natalie Jovana Suarez, which turned out to be another username of this profile.

When we were searching through the shared posts of the Lana Milosevic profile, we found the other fake profiles which did not start publishing the same or similar content only recently. They were doing it during the past years through YouTube videos, links or posts when normal activity on Facebook was noted. We also noticed the coordinated activities when the initiators of the disturbing posts directly posted the same piece of news on the other fake profiles.

The analysis of the timeline of activities of these Facebook profiles and prevalence of the posts with disturbing content do not go back in time. Even though all of them were activated in a period between 2012 and 2015, it is not before the September of this year that they started disturbing the public (with a pause of one, two or up to six years).

Profile Veljko Radusinovic started with his Facebook activities in 2015, but, the content of his posts changed in September of this year. He starts targeting people from Montenegro using the harsh rhetoric, just like Lana Milosevic, but it also directly shared its posts with another fake profile, registered under the name Ana Uskokovic.

News on the pedophilic behavior of the editor of IN4S, Gojko Raicevic, was posted on that profile on September 14, but it was also shared a month after that, on October 11, on the profile of Ana Uskokovic. In the comments below the posts of the profile Veljko Radusinovic, we found the old name of profile Mladen Mitrovic, and Google search reveals to us that the profile picture of that account is fake.

The other profile with similar activities is Ana Uskokovic and we suspect it to be the source of information on the death of a historian, Aleksandar Stamatovic. On September 29 at 12:30 pm, that profile shared a piece of news on the death of a historian Stamatovic, which turned out to be false. However, the news was spread quickly in all Montenegrin media, which was not the case with other posts, but, a couple of hours later, the portal apologized and the news was deleted.

Just like the previous fake profiles, the profile Ana Uskokovic was deceiving its followers for some time by using the identity of a model and an actress, Ayeza Khan from Pakistan. Additionally, that profile is recognized as a source of the whole harassment campaign during September and October. The first post which was noticed refers to a journalist of The Voice of America, Nebojsa Redzic, on September 05, where he is falsely accused of domestic violence. In comments, the reactions of the people close to Redzic who deny the accusations are noticed. Another suspicious profile, Ivan Ivanovic, appeared in interaction with that fake profile on the same subject and he presents the arguments defending Redzic.

Later on that day, Jovan Markus, Montenegrin politician and former Mayor of Cetinje, posted on his profile the threats that he received from the profile Ana Uskokovic. The search of the shared posts and new profile registered by the name Adriatic Pg (Slaven Radunovic) demonstrate that he did not receive the threats only from the profile Ana Uskokovic.

In direct conversations with the victims of this campaign, as well as the people who interacted with the fake profiles in the period of normal communication five or six years ago, we gained the first findings on who could stand behind this network.

Talking with one of the victims of anonymous attacks on Facebook, we found another fake profile called Risto Radovic. Our interlocutor told us that the profile was previously named Sergey Volkov. Later, numerous profiles were lining up, called Srecko Kovijanic and Miodrag Ratkovic. There is a possibility that there are more profiles used for the same purposes.

Searching through the public part of the profile, we found out that the profile openly threatened to Dragan Rosandic, journalist of the TV Srpska, on October 11. In the other post on September 24, the profile Risto Radovic was harshly insulting a politician Slavisa Guberinic and used the same rhetoric, which was noticed on the profile Adriatic Pg in case of Dejan Perisic, a singer who was a victim of the post before.

The key question is – what are the authorities doing and what could they do and on which levels, in order to prevent the spreading of the phenomenon which is taking hold every day. At the same time, the main issue for a competent public is the psychological profile of the whistleblowers.