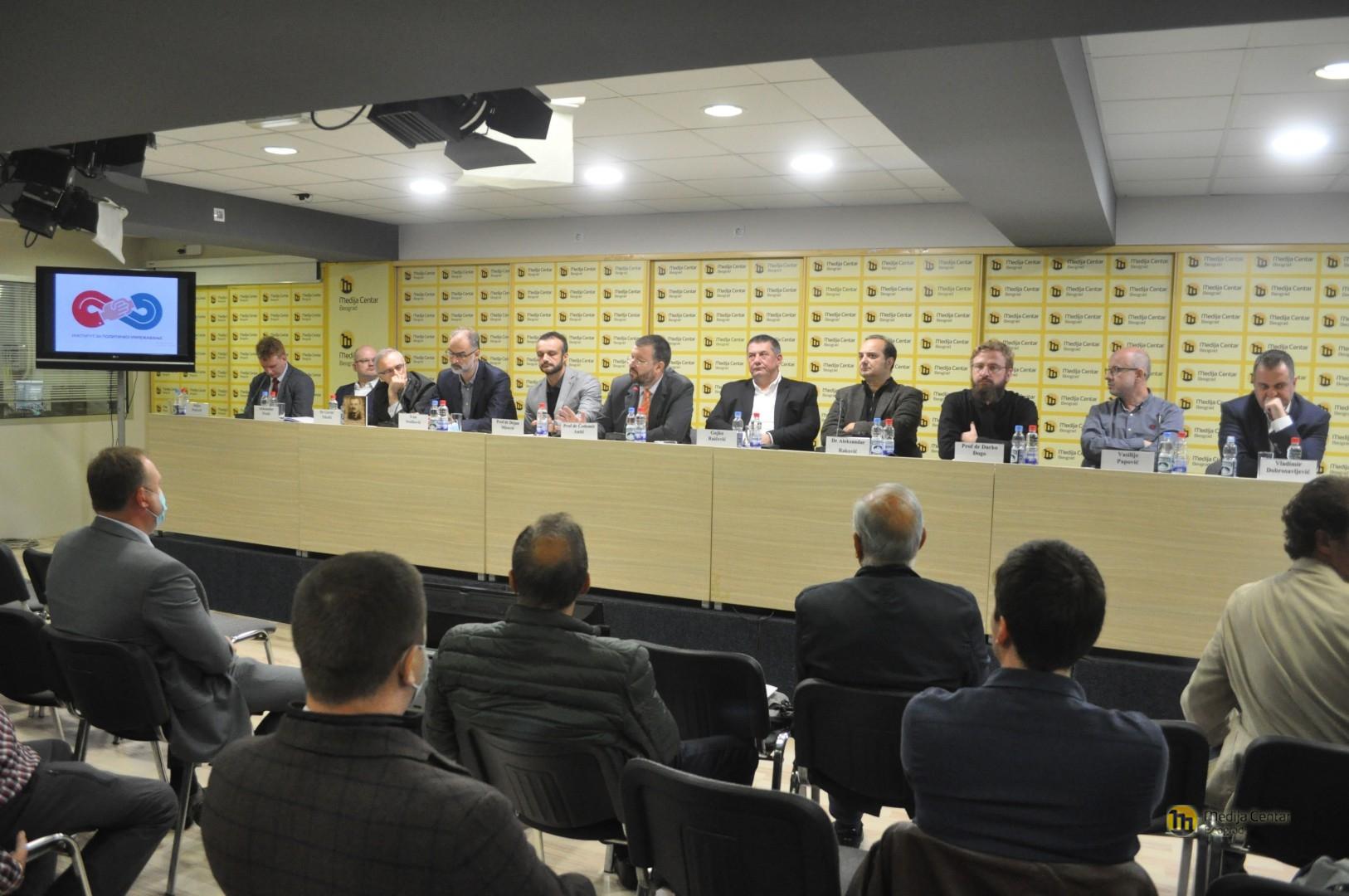 Narrative on the Serbian world negates the Montenegrin identity

Two events out of which one already occurred and the other is ahead of us are again reviving the narrative on the negation of the Montenegrin statehood and identity. The first event were the elections (held on August 30) that were won by the then opposition parties, which resulted in the change of the government. The other one is the census planned for 2021.

Federal State of Serbia, Montenegro and the Republic of Srpska

The most prominent advocate of the union of Montenegro, Serbia, and the Republic of Srpska into one federal state is undoubtedly Aleksandar Rakovic, Serbian historian and ideologist of the Greater Serbia project – the Serbian world. In his interview for Novosti, Rakovic assessed that after the regime had changed in Montenegro, the future of Montenegro-Serbia relations laid in the union of Belgrade, Podgorica, and Banjaluka into one federal state. While explaining that idea, he said that both Serbia and Montenegro are the historical states of the Serbs since, as he stated, both countries are connected by the Serbian statehood.

In October this year at the conference The position of Serbs after the fall of Milo Djukanovic’s regime, Rakovic presented a new strategy of the Serbian world towards Montenegro. The strategy specifies that Serbs in Montenegro should become the relative majority on the census, and subsequently, that the union of all Serbs’ states on the Western Balkans be presented as a legitimate initiative. During his speech, he stated that the Serbian national idea is mainstreamed in Montenegrin politics and the union cannot be taboo. It is a completely legitimate and legal idea. The union of all Serbs’ states in the area of ex-Yugoslavia is a completely legal idea, Rakovic said.

The narrative negating Montenegrin identity is becoming increasingly dominant. Therefore, Dr. Radmilo Marojevic, former Dean of the Faculty of Philology in Belgrade, stated on the panel discussion held in the Serbian house that Montenegrins, Bosniaks, and Croats living in Montenegro were falsely declaring themselves to be of such ethnicities, referring to the local, geographical or imported identity detriment.  Dr. Marojevic thinks that Serbs or Shqiptars (author’s comment: pejorative name for Albanians) have their ethnic orientation.  In the ethnic sense, neither have Montenegrins ever existed nor do they exist today nor could they exist; this platitude can only destroy Montenegro as a historical reality and, of course, the native people of Montenegro, dr Marojevic said.

Member of the Main Board of the Serbian Progressive Party (SNS) Vladimir Djukanovic negated the Montenegrin nation by equalizing Montenegrins and Serbs as one nation. Appearing on a TV show Serbian World on the national television IN4S and commenting on the work of deceased Metropolitan Amfilohije, Djukanovic said that he revived the living Serbian organism and Montenegrins, emphasizing that when he says Montenegrins, he means Serbs above all. In order to confirm the statements, he quoted deceased Archpriest-Staurophore Lazar Milin who said that a Montenegrin who is not a Serb is not a Montenegrin either.

The census has shaken the public

The planned census in Montenegro is presented as an issue of the survival of the country and the people. And while in the world the census represents a collection of statistical data, in Montenegro it is a political issue and a battleground of both sides.

The topic of the census in Montenegro is increasingly present in the Serbian media, even though not to the same extent as the texts on the new Government constitution. The dominant narrative is that Montenegrins are scared of the census due to the inevitable increase of the number of Serbs; hence the proposal to postpone the census. News portal Alo states that the outgoing government and the Centre for Democratic Transition (CDT) close to them have been leading the campaign in a panicky manner in order to postpone the regular census. Sputnik Serbia, inter alia, writes that the postponement of the census represents a humiliation of the ethnic Montenegrins and that due to the governance of the outgoing regime, the clear criteria of what it means to be a Montenegrin have been lost.

Besides the media, the politicians and activists express their attitudes on the census in Montenegro. Mayor of Budva Marko Bato Carevic explained that he would use his position to help the Serbs in Montenegro be equal. As he says, that is what he is expecting after the regular census scheduled for the next year. Until now, people did not have a right to express their true opinions and feelings. My goal is for this to happen for the first time on this census, in order to obtain a real image about our society, mayor of Budva and member of the DF stated.

Cedomir Antic, a Serbian historian and one of the advocates of the Greater Serbia project – the Serbian World, also has a plan for the census. He assessed that the Serbs should be a majority on the upcoming census in Montenegro, while the Montenegrins should account for 25%. He believes that Montenegro will remain independent and multi-ethnic if the Serbs get an opportunity to develop themselves freely in democracy and equality. Serbs will account for 50% of the population, while Montenegrins will account for 25%. That is the truth and reality; it has nothing to do with the current government, but whether the country is free or democratic, Antic said.

While appearing on Different radio connection (Drugačija radio veza), Sonja Biserko, president of the Helsinki Committee for Human Rights, was asked whether Biden’s victory would destroy the project of the Serbian World. She responded that this project objectively does not stand much of a chance. If it did, it would probably have stronger support from the international actors. Due to the international context, which is still fluid, and the international order is not consolidated, the Serbian nationalists think that the issue of borders has not been resolved yet and that a convenient moment is needed. It is an illusion that an end will be put on, but Serbia is wasting its historical time by remaining committed to that project, Biserko said.