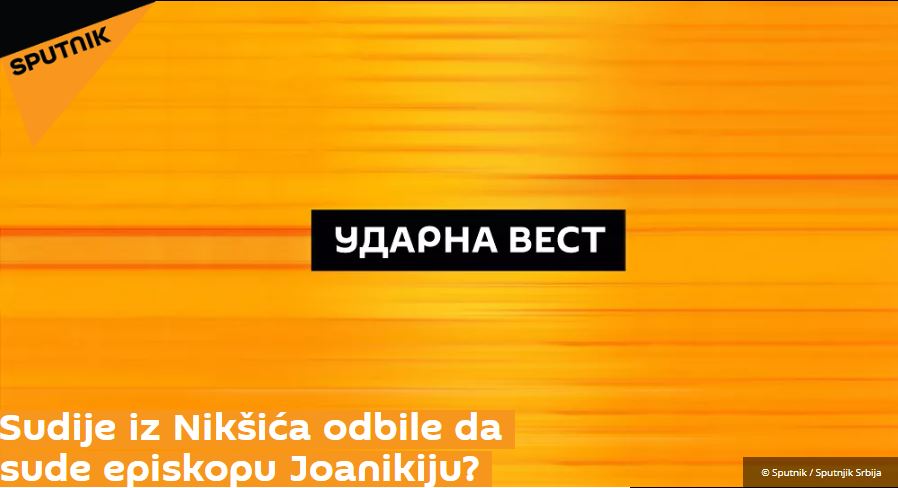 Sputnik just published a piece of information, which was republished by many media in Montenegro and Serbia. The information claims that the judges refused to try Bishop Joanikije and that they gave a written statement about it.

That it is about common fake news and its malicious spreading in order to create chaos in Montenegro was confirmed to us by relevant authorities from the judiciary.

After the fake news on judges was published, another one followed. This time, Serbian media published information about the explosive devices being thrown at the citizens’ protests in Berane.

That this too is fake news was confirmed to us by a DFC associate who was on-site.