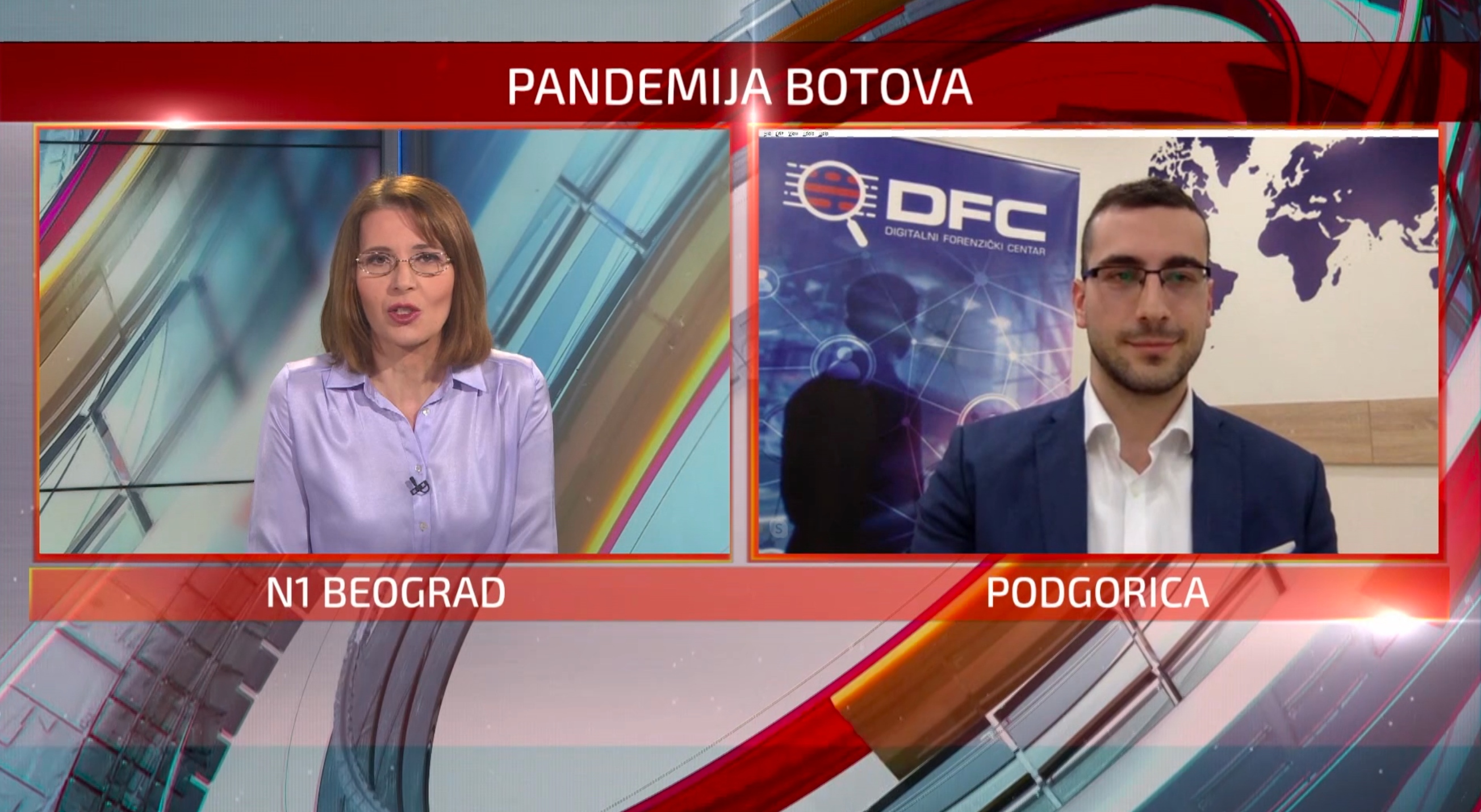 Our colleague Milan Jovanovic appeared on the television N1 Srbija (N1 Serbia) and spoke on the hacker attack which followed the analysis on the new bot network in Serbia connected with the President of Serbia, Aleksandar Vucic. Watch the video bellow to find out what are the characteristics of these bot accounts, when these campaigns were intensified and when we could expect the similar actions in our country and the region.